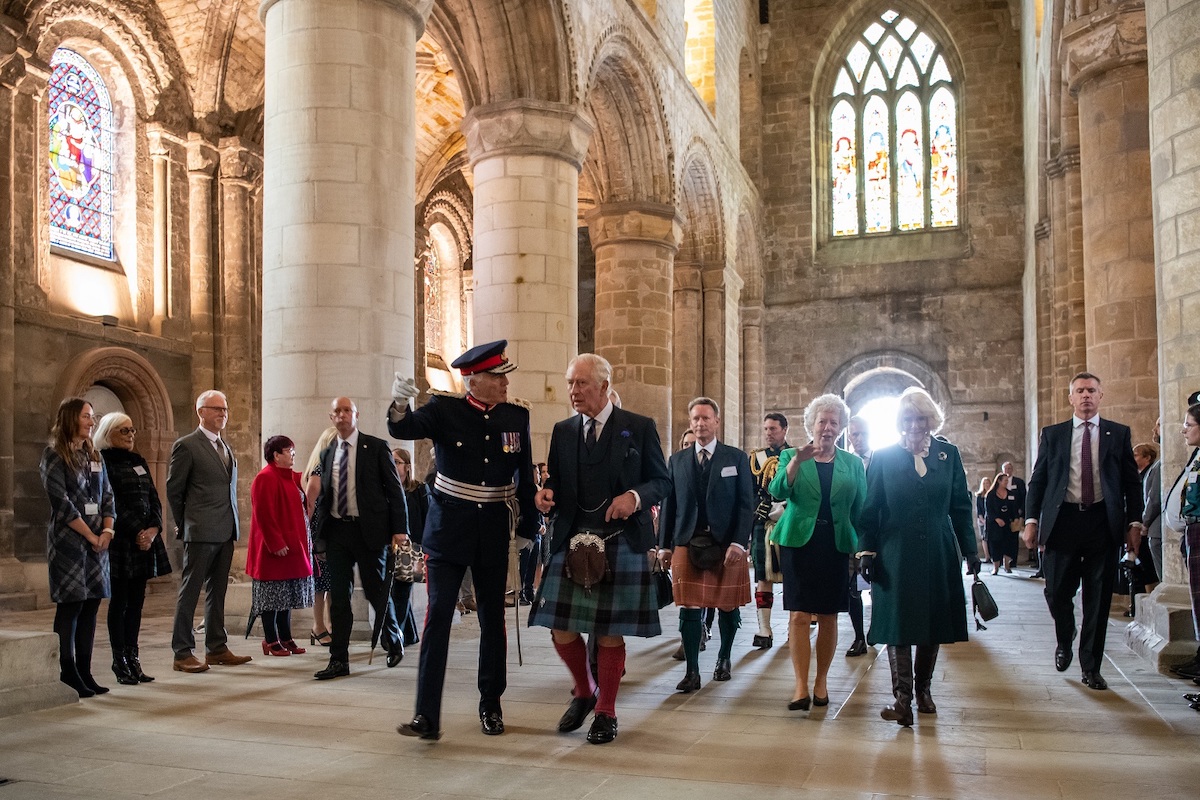 After visiting the City Chambers, the King and Queen Consort walked the short distance to the Abbey. Once there they visited the tomb of King Robert the Bruce in the Abbey Church and were then introduced to representatives of local religious and community groups in the Abbey Nave.